The Entrepreneurial world is witnessing an influx of females who have emerged, handling top management positions. A visible proof of the advent of gender equity. Audrey Entcheu has taken upon herself to man up to the responsibilities entrusted to her. The strength of an Ambitious Woman guided by excellence as she climbs the success ladder. She has through diligence and Hardwork walked her way to the top. She has effectively paid her dues, deserving of every promotion. She’s an epitome of someone who loves and adores what she does. Throughout her 6years+ at Sika, she has developed leadership skills, gaining an upper hand in Administration and Finance. Her great works has seen her move from Director of Administration and Finance to Export Area Manager to now Managing Director of Sika. She is an inspiration that Hardwork pays.

Tracing her career path, from 2009 to 2011, she worked as Junior Associate at PANSARD & Associés in France. From 2011 to 2012, she served as Financial Auditor for Aequitas Expertise & Conseil |Audit. From 2013 to 2014, she was Promoted to a Senior role at PANSARD & Associés. From 2014 to 2016, she was entrusted as Administrative and Financial Director at Messapresse PRESSTALIS. A role she efficiently managed before joining Sika.

Audrey Entcheu is an Alumna of ISC Paris with specialty in Audit and management control. She is a competent financial auditor. 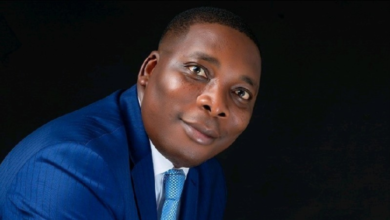